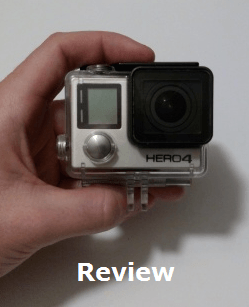 In anticipation of a Tough Mudder race I recently did, I decided to invest in a GoPro, specifically the Hero 4 Black and man, I put this thing through some extreme tests I though for sure would either somewhat damage the camera or even make it malfunction.

It wasn’t even on purpose, it was just that the environment I was testing it in was so extreme, that I felt that even this thing, regardless of it’s reputation would be damaged.

Well it wasn’t. It’s still perfectly fine, as is the case it was in and it’s ready to be used anytime on my next adventure. So I wanted to share in this review what happened with this camera, the place I took it to and the things it went through.

Now in terms of understanding it’s functions, it’s stats, abilities, ect…, my technological knowledge is limited. I am not a professional photographer who can document specific stats of a camera, it’s lens, it’s abilities, ect…

All I really know is that a higher megapixel = good and overall, all I wanted to get out of the GoPro was a memorable experience of a fun activity I did and it gave me that and more.

And in terms of experience, this was the first time I had ever used a GoPro.

Alright, so let’s point out a few things about the Gopro Hero 4 Black: 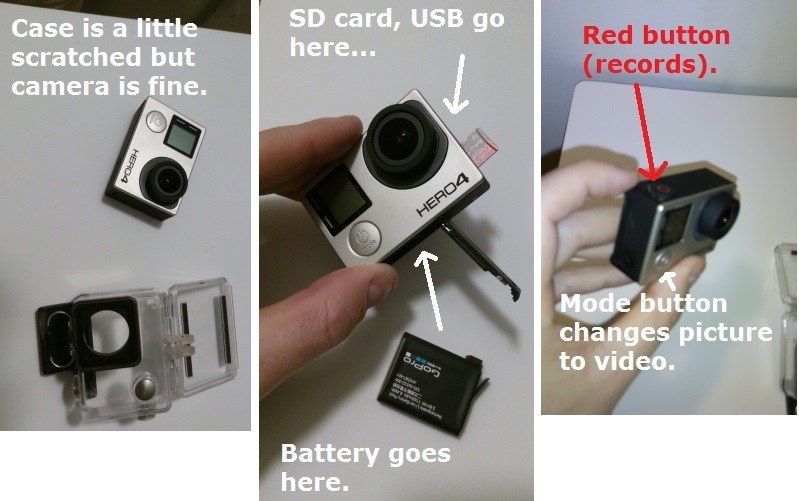 So what was so extreme that I put this thing through?

Well if you didn’t know, Tough Mudder is a dirty, long and muddy obstacle race where a lot of people actually like to take their Gopros on. I actually did see a number of people like me wearing them on their heads.

But when it comes to extreme, if you really put yourself through the entire course, the camera and the case are going to take a beating. You’re going to:

This is certainly a lot more than you see people put this thing through on YouTube videos so you can bet that on the day I tested it, I tested it to the extreme. I do have a YouTube channel which showcases my mud run videos, all of which were recorded with a GoPro Hero 4 Black. Here is one example:

I’ve still got a few areas where there’s dirt left over on the camera, but the quality has not been affected. There’s really no damage…

It’s working just fine, it’s ready to be used again and there’s not a scratch on it. This thing can take a beating and still be perfectly fine which is shocking to me considering how much I went through with it. I was on the Tough Mudder course for at least 5 hours straight.

Pictures we took on the Gopro 4: 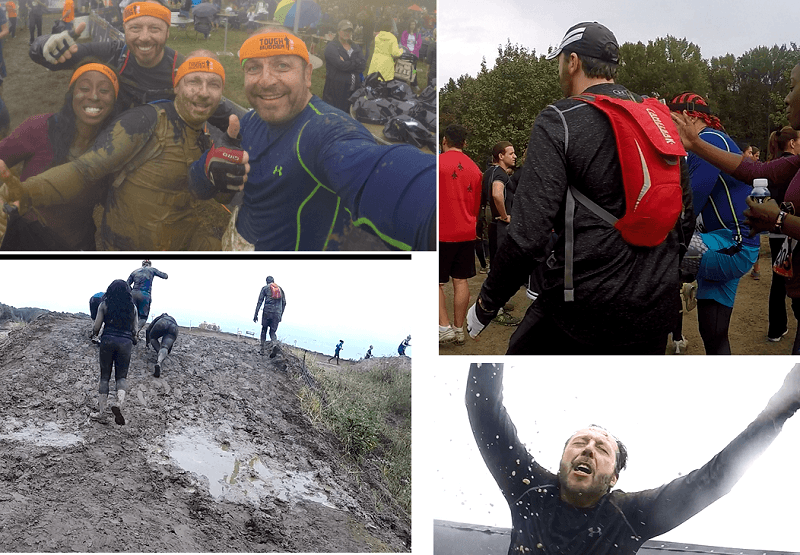 The picture quality is pretty amazing. I tried to add the images to showcase things like the details in the mud, the drop of water, the color distinction and in one photo, it looked cloudy because the outer case was covered in dirt and we were cleaning it throughout the race, but because we were also very dirty, we could never get it to be completely clean, yet despite that, the picture quality is still amazing. Here’s some more: 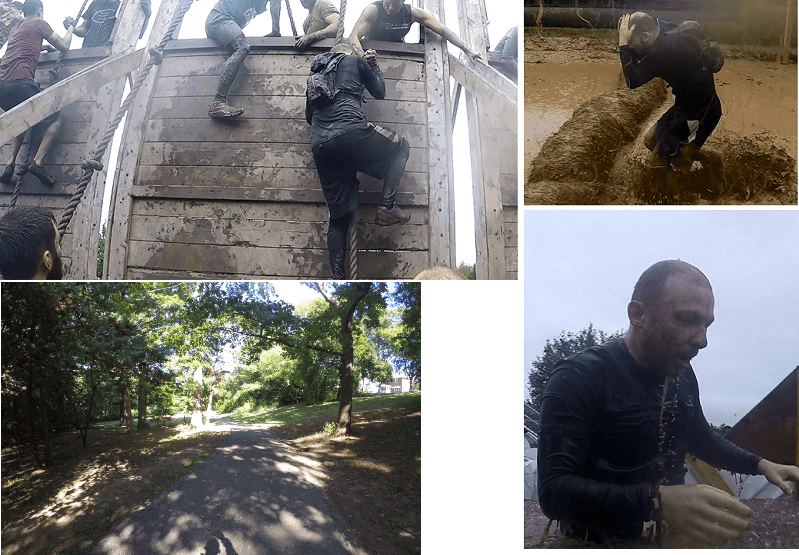 I took a special photo of a park walk I did recently just to break the muddy picture vibe! But otherwise, as you can see just about every detail is caught. Even though it’s a 12 megapixel camera, I honestly think it shoots better than my smartphone.

Tips to prevent you from losing this expensive toy!

After realizing just how durable this thing is, I’m sure it can handle any extreme environment, what worries me more is losing it. In the case of mud runs, these things happen often and I did have that problem.

What I learned is that if you’re going to enter some sort of environment where you’re going to be underwater or you’re not sure if the strap that you have will hold tight, be safe and give the camera to someone to film you from a distance.

In my example, I gave it to a few other team mates while I had to pass through obstacles where I was hanging above water. If it fell in there, I would not be able to find it, so to be safe, I just gave it to someone I trust.

Are you saying the straps people use are bad? 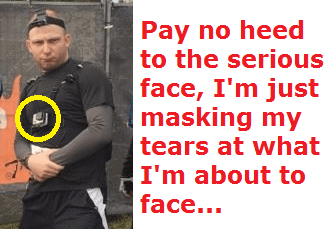 No they are actually quite comfortable and keep the camera on tight. Running with these is also fine, not noticeable and I would get them if you can, but sometimes you jump very high or you roll on the ground and do things that can affect the tightness of the strap.

If you expect this to happen, always keep an eye on your Gopro at all times and like I said, just be safe and give it to someone to record you.

I absolutely love this camera despite only really using it twice, but with all that it went through, what would surely destroy other cameras and/or damage them, the durability on this thing showed me why Gopro has such a good reputation and why people who do serious stuff outdoors prefer it.

This review doesn’t do the Gopro Hero 4 Black justice:

I know I still have so much to learn to use this thing for and settings and features I’ll probably never figure out, but let me tell you, for any outdoor activity where you expect electronics to get damaged or at least be at risk of it like in my mud run, you’re going to need something like this that is proven to take the challenge.

For something so small, it can withstand so much damage and deliver amazing memories. This thing is coming with me on any adventure I do. I am very happy with my Hero 4 Black and recommend it to anyone.

I cannot wait to test this thing out on the next mud run I do (The Spartan Race!).

Update: Well, the GoPro series is up to the Hero 7 Black now…

I briefly used it and have to say that for me, the Hero 4 Black is better because the battery life is LONGER. You will find the image quality isn’t that big and if you liked the videos/photos I put above, then you’ll be happy with a cheaper 4 version than the 7.

6 thoughts on “GoPro Hero 4 Black Review. I Can’t Believe it Works After What I Did.”